Before I announce the winner, I should clarify why I named the scarf "infinite scarf" instead of "infinity scarf". Nope, it wasn't a mistake (although I misspelled the first time) naming it that way.

I just thought that infinity scarf is everywhere and it is kind of boring. My version, which is cutting the fabric in bias instead of a straight cut is original and new. I wanted some name that differs from "infinity" eventhough the end result looks pretty much the same.

Then I had the thought (after everything that happened)... I probably should have named it infinity scarf, just so that when people are looking for the tutorial, they can find it easily. Hardly anybody is gonna type "infinite scarf" to look for the infinity tutorial. So, when I am going to repost the tutorial, I will probably change the name a little. :)

I had over 150 entries for this giveaway; combining blog comments, new Instagram follower and comments to the Riley Blake post. Thank you so much for participating everyone! So, are you ready for the big reviele? The winner for the scarf is.... 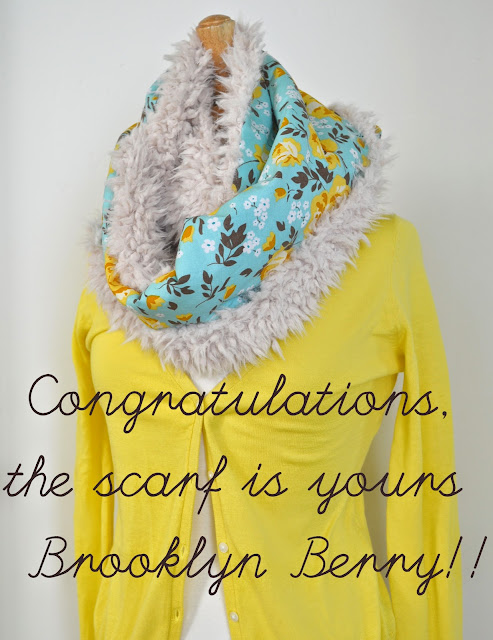 Congratulations!!! Please email me your shipping info, the scarf will be on its way!

I feel bad that I can only give away one scarf, especially feeling so much love and support after that mess. So, I am planning on doing another giveaway in November! I will let you know the details later, so check back often. :)

Thanks again for your participation. You guys are the best!
Sachiko at 5:00 AM
Share